TOP 5 CAUSES OF ACCIDENTAL DEATH IN THE UNITED STATES

Accidents happen — and they also kill enough people to rank as the No. 1 cause of death for those ages 1 to 42, according to the National Safety Council. Accidents are the fifth-leading cause of death across all age groups, topped only by a spate of illnesses that include heart disease and cancer. And it’s not the heavy-machinery operators, high-rise window washers or electricians who most frequently succumb to fatal accidents. The vast majority of accidental deaths happen at home or in the community — not at work — with the top five causes often stemming from routine activities.

Photo credit: Jovan Nikolic/Shutterstock.com
Hot dogs can be a quick, easy — and deadly — meal. Hot dogs are the perfect size, shape and consistency to block a child’s airway, and a WebMd report rates hot dogs as the top choking hazard for children. Choking killed about 2,500 people in 2009, according to the National Safety Council, and kids ages 3 and under are at the highest risk. Potential choking hazards include balloons, marshmallows, gooey gel candies, grapes, nuts, chewing gum, carrots, chunks of meat and peanut butter, apples, hard, round candies and small toys kids like to put in their mouths. Reduce your child’s risk of choking by cutting up foods into very small pieces and closely monitoring your children while eating, especially if they are eating while walking, laughing or fooling around.

Photo credit: Ronald Caswell/Shutterstock.com
A smoking gun isn’t the only thing that can kill — smoking, flaming and burning homes typically kill thousands of folks each year. Deaths from residential fires in the United States dropped to a five-year low in 2009, with 2,480, but a good chunk of them probably could have been avoided. Smoking is the cause behind some 450 of the fire deaths annually, according to the U.S. Fire Administration, while other “careless” causes result in another 400 deaths each year. So blow out that candle. Another 80 or so yearly deaths are the result of fires in non-residential buildings. Public safety initiatives to get fire alarms installed and regularly checked in all residential dwellings has cut the number of deaths from fires by roughly one-third in the past 20 years.

Forbis/Shutterstock.com
Falls into the Grand Canyon may make the headlines, but falls around the home are the ones killing people at an alarming rate. Falls killed about 25,000 people in 2009, according to the National Safety Council, with those over age 65 making up the vast majority of the victims. In fact, falls are the leading cause of injury death for folks age 65 and older, the Centers for Disease Control reports, as well as their most common cause of nonfatal injuries and hospitalization for trauma. Death rates from falls among those 65 and older have also skyrocketed in the past decade, although the CDC does not say why. Kids fall, too, but they usually don’t die from it. Home and playground falls are the leading cause of nonfatal injuries for children up to age 19. Supervising kids, reducing home tripping risks and regular exercise for older adults can lower the fall risk.

Photo credit: Monkey Business Images/Shutterstock.com
There’s a reason people warn against abusing drugs — it kills you. Poisoning killed nearly 40,000 people in 2009, according to the National Safety Council, with most of the deaths associated with the accidental ingestion of illegal drugs. The number of deaths is up almost 400 percent in the past 20 years. Perhaps surprisingly, children getting into kitchen solvents or grandma’s well-stocked medicine cabinets are not the ones dying at alarming rates. Adults ages 25 to 44 are subject to the highest poisoning death rates, followed closely by those in the 45 to 64 age group. Drugs account for more than 10 times the amount of poisoning deaths of all other substances, according to the Centers for Disease Control. Top culprits are opioid pain medications, such as oxycodone, hydrocodone and methadone, with cocaine and heroin ranked second and third. Alcohol poisoning exists, but its numbers are so comparatively low it barely makes a blip on the National Safety Council’s poisoning death chart.

Photo credit: Jeff Thrower/Shutterstock.com
If motorists would stop texting, cell-phone yakking, applying makeup and eating while driving, we’d surely have fewer than the 36,000 deaths associated with motor vehicle crashes the National Safety Council reported for 2009. Distracted driving is the No. 1 offender and young adults are the No. 1 offenders, with their fatal crash rate three times higher than any other age group. But don’t think you can breathe easy just because you are over age 21.While vehicle crashes are the leading cause of death for 15- to 20-year-olds, the crashes young drivers cause kill people in all age groups. So hang up that cell-phone call, stop texting in the intersection and buckle that seat belt, all of which can reduce your death risk considerably. Oh, and don’t drink and drive. Alcohol is involved in about 32 percent of fatal crashes across the board.

The 42,000 annual deaths noted above include some 5,000 annual pedestrian fatalities — most the result of motor-vehicle incidents — and several hundred fatalities attributed to vehicle/bicycle collisions, according to the Centers For Disease Control.

Photo credit: Pics 721/Shutterstock.com
The adage is true: children can, in fact, drown in as little as 1 inch of water. Add an unmanned, unfenced and much deeper swimming pool into the equation and you have yourself a very deadly mix. Approximately 2,000 people drowned in 2009, the National Safety Council reports, with the Centers for Disease Control noting that drowning is the leading cause of injury death for children ages 1 to 4. Life jackets, pool fences and knowing CPR can help save lives, as can taking a gander around the home for other drowning hazards. Bathtubs — even those with baby seats or supportive devices — pose a huge risk, as do buckets, hot tubs, ice chests containing melted ice and toilets. That childproof toilet lid latch is not a joke. Drowning hazards outside the home include irrigation ditches, wells, fountains, fish ponds and even a small and shallow post hole, provided it has at least 1 inch of water.

Photo credit: Gualberto Becerra/Shutterstock.com
Kids and guns don’t mix, especially when those guns are carelessly left in unlocked cabinets or even in plain view. Accidental shootings resulted in 642 deaths in 2009, placing them seventh on this list. Firearms are the second-leading cause of non-natural deaths for kids, typically from a gun the kid finds somewhere around the house, according to a University of Utah report that mentioned additional horrific statistics. About two-thirds of accidental shooting deaths happen in the home, with the kid shooting himself to death in 45 percent of the cases and friends or family members pulling the trigger in the remainder. More than 50 percent of American households have a gun in the house, and, in one survey of evidently careless families, 10 percent said they had loaded firearms in unlocked locations that were easily accessible to kids. There is obviously a need to keep guns in locked, inaccessible and child-resistant locations and store them unloaded.
Pubblicato da ferrandoalberto

Noi suggeriamo (per leggere i commenti vedi i post "recensioni") :

Libri per i nostri bimbi (per leggere i commenti vedi i post "libri per i bimbi"): 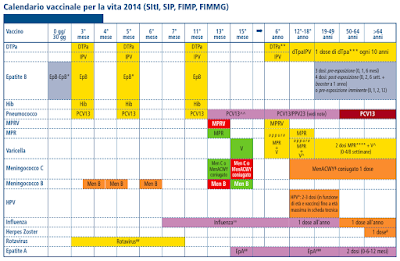